The world of pc gaming relies on the quality graphics cards and choosing the best ones is never easy for the gamers. So the gamers have to go through the factors of price, compatibility, and performance for choosing this GPU. In this article, we are going to do a list of Top 10 Best Graphics Cards 2019. Let us begin with our picks now. 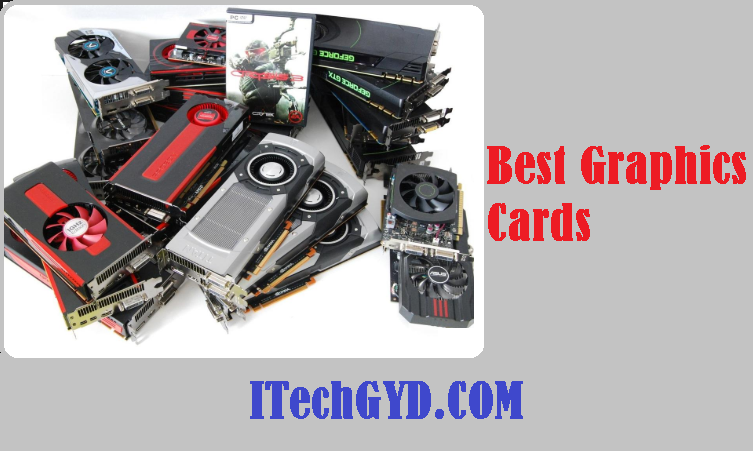 No wonder that this would come as a great surprise. Now of course, in terms of quality and performance, there are cards which are better than 1060. However, this is our top pick since, in a very affordable budget, it is a product which runs all the new generation game at the maximum settings.

GTX 1080ti by NVIDIA is by far the most powerful GPU and there is no denying it. The only reason I didn’t rank it on 1st is its price. Since our number pick has to meet the standard of an economical price and quality performance, GTX 1080ti comes on second.

This masterpiece from NVIDIA has 3584 stream processors, core clock 1480, has 11 GB video memory, and is a GDDR5X graphics card. With a memory clock of 11 GHz, this definitely the most powerful card.

Most people would criticize and say that these rankings are based on a biased opinion since we are ranking all the NVIDIA devices on the top. Well, not our biases but the excellent and better than ever performance of these GPUs are the reasons why they are on the top.

Now one step below the above product, the GTX 1070ti comes with 2432 stream processors, 8 GB video memory, GDDR5 technology, and 8 GB memory clock. This is one of the perfect cards for 4k gaming but on some of the next generation games, it won’t deliver 60 fps on this resolution.

AMD fans would be quite happy since we have finally brought their favorite brand to the list and with the rightful product. Though this card gained much popularity due to the mining, it is also a champion in running games as well.

If there is a card which you could compare with the 1080ti from NVIDIA, it is this AMD Radeon RX Vega 64 which is another one from their finest and latest series of graphics cards. Again, a product which mainly gained its name because of mining is another GPU performing quite well in the games.

Besides some compatibility issues with the games optimized by their rivals, this delivers amazing frame rates in all games. The card comprises of 4096 stream processors with 1247 core clock and 8 GB video memory which is based on HBM2 technology.

The only graphics card which I would prefer after GTX 1080 Ti will be its mini edition from ZOTAC. There is some difference in the specifications including the 3584 stream processors, a core clock of 1506, 11 GB video memory, and the memory clock of 10 GB.

There is no special difference in the performance, however, I would prefer it since this would take lesser space in the casing. This especially benefits those who have a small casing, however, you will have to deal with the loud noise it makes.

There are a huge number of gamers who are still at low to medium end rigs and for them, we recommend GTX 1050. Getting a heavier GPU with your 1st or 2nd generation processors would cause the bottleneck issues and thus, our recommendation for you being at the low end is 1050.

So you can get this one somewhere between 100 to 150 US dollars with 640 stream processors, 2 GB video memory, GDDR5 technology, and 7 Gbps memory clock. It also has a smaller size and thus, you can fit this even in a smaller casing.

If you can increase your budget a little, you could go for an even better treat when GTX 1050 Ti is waiting to be run with your low to medium end rigs. This one comes with 768 stream processors, 4 GB video memory, uses GDDR5 technology, and a same memory clock speed of 7 GBPS.

Except for some really high-end next generation games such as Assassin’s Creed Origins, you can run all the games at 1080p. Though you won’t be getting 60 or more fps for most games it will still be much smoother.

Before the release of the Ti editions from the company, people would only go mostly for GTX 1070 and some of its reasons include the medium budget and high-performance card. GTX 1070 is a 256-bit graphics card with a video memory of 8 GB, and it also uses the GDDR5 technology.

Another of the cards which would run all the next generations games at 60 fps and would also run 4k games at good frame rates. With the latest drivers released for the 10 series, its performance gets better and better every day.

Even though after the release of GTX 1080 Ti, people rarely go for 1080 but those with little budget issues, they go for 1080 which is another of the best GPUs so far. A card which delivers 60 or more fps even on a 4k resolution in most of the games has 2560 CUDA cores and 10 GBPS memory speed which makes it immensely powerful.

So this was our list of Top 10 Best Graphics Cards 2018. Do you agree with our picks? Never forget to leave us your feedback in the comments section and keep visiting our website for more detailed technology stuff.