Although hacking is not permissible in most cases, it is possible for some professionals to use these as a part of their jobs. There are a number of Android hacking apps that these people can use. We have a list of the best hacking apps that Legal hackers and IT Administrators can use in their jobs every day. 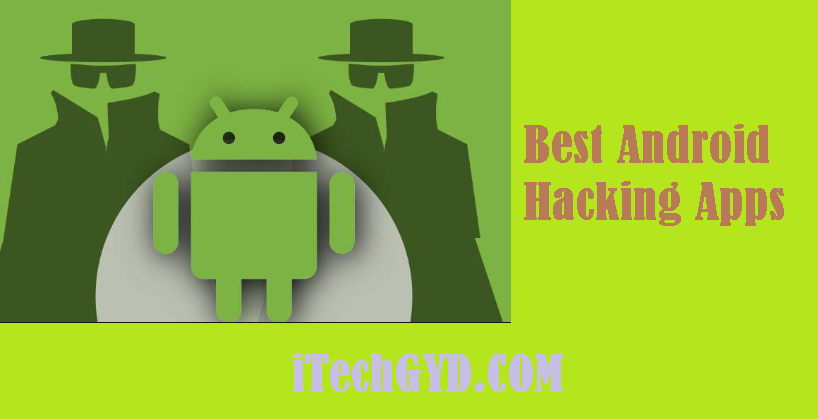 AndroRat is a combination of two words; Android and RAT. RAT stands for Remote Administrative Tools. Using this app, users can fetch information such a messages, contacts, call logs and locations. Furthermore, the user does not have to interact with the service and they can also monitor the information that they have fetched such as messages.

The best part about thing hacking app with various features is that it is absolutely free and easy to download.

Hackode is another app on our list which has a number of features. This app is ideal for IT administrators and ethical hackers for their daily life use. It has a lot of different features like Google Hacking, Exploits, Security RSS feeds and Scanning. If you are looking for a hacking app that gives you all the facilities while being free of cost, this is your perfect option.

Another Android hacking app is Dsploit which is ideal for network assessment. Using this app, you can keep complete track of everyone who is using your network. Not only devices, you can also monitor the services that you are using your network. It has features like Login Cracker, Simple Sniff, Password sniffer and kill connection. Thus, it is the perfect choice for those who want to keep an eye on their networks.

Nmap is a powerful hacking tool which has made it a wide favorite and a much used hacking app. It has the ability to work on both rooted and unrooted devices. It helps the user with network mapping as it lets them keep track of the people or servers connected to their networks and those are trying to connect. Since it is quite powerful, it can scan the ports and even network portals to monitor the details of all the users hosted by a server. Professionals can use it to find the vulnerable and defected part of their network and then fix the problem.

Offered by Zimperium, Zanti is another much loved and much-used android hacking app in the market. It is suitable for those professionals who have their work revolving around penetration testing.  They can easily scan a network and carry on their research for security. IT Administrators can also use it to detect any malicious or vulnerable thing in the network.

Zanti is the best platform for network mapping as it starts mapping the network as soon as you log in. It does not only tell about the websites being used but it also lets you monitor the cookies being used by these websites. This app comes with a number of features including network mapping, sniffing, port discovers pocket manipulation and DoS. All these features combined make up every reason to get this hacking app.

Faceniff is the hacking app for those users who want to monitor the network traffic of their Wi-Fi connection. Using the information from the Wi-Fi network, users can hack someone else’s Facebook, Twitter and other social media platforms. The users can get cookies from a Wi-Fi network and they can gain access to other people’s social media account.

Droidsheep is another hacking app which is used for Wi-Fi network mapping. Security analyst can use this app to hack through the networks and snoop into web session profiles. Upon login, this app acts as a router device and it lets the user intercept the networks through Wi-Fi. Users can also monitor the activity of all the people that are currently active on their profiles. This app can be used for a number of social media accounts including Facebook, Twitter and even LinkedIn.

This app is quite suitable if you are a security researches or if you just want to look into your friends’ profiles.

Penetrate Pro is another hacking app used to hack into Wi-Fi networks. This app works by calculating WPA keys of routers which further decodes Wi-Fi. Although the app might work on both rooted and nonrooted devices, the rooted devices have access to more features. The downside to this app is that it may show as a virus in some devices since it uses security permissions.

Orbot is a widely known Hacking app that can be used to anonymous on the internet. Offered by TorProject, this app offers a lot of internet privacy and freedom. The app lets you hide your real IP address on the internet and along with that it also allows the user to verify the TCP traffic on their devices.

For those users who want to hack into someone’s WhatsApp account for security purposes, this is the best app. It allows the user to monitor the ongoing and outgoing messages from WhatsApp. For this, the user has to scan the QR code of the device whose WhatsApp account they want to hack. So, it means you have to physically detect the phone of another person. This app works perfectly even in on rooted devices since it used WhatsApp web which is a genuine method of access to someone else’s WhatsApp account.

It is unethical to access someone else’s account without their permission until it is for security reason or for other permissible reasons. These are few of the best apps that can be used to carry out the hacking process with ease and convenience.