If you are someone who only downloads apps for Google Play Store and does not access dark websites, you are pretty safe. There a few of us who like to steer to the dangerous side by download things from harmful sites that ultimately result in a malware attack. Android has several Antivirus apps for this problem. We have listened the best 10 of them below for your help. 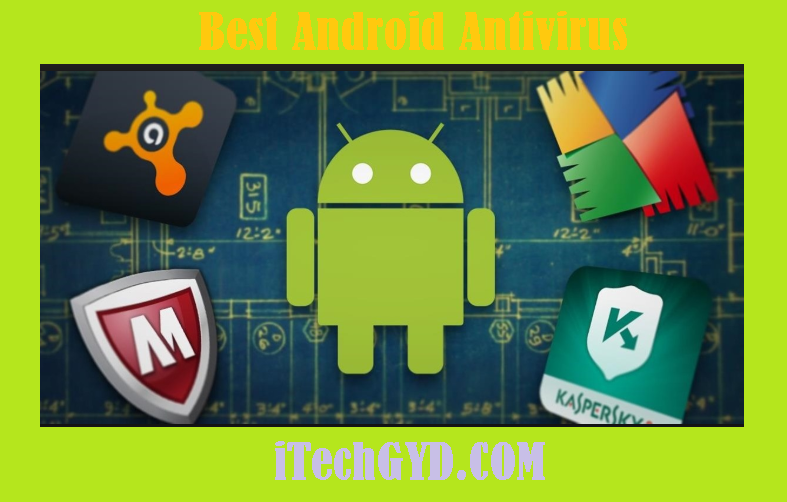 This antivirus is absolutely free and it lets you lock your apps so that no one other than you can have access to them even if they open your phone.

Avast is another famous and much-used antivirus. This app also has a 100million downloads till now and has a 4.4 rating from 10 million reviews. It also comes with real-time protection and also has the ability to scan your device for any kind of malware. Along with having an anti-theft feature, this antivirus also lets you monitor your device’s battery and storage. It is free but users can also get the paid version as $4 per month or $15 per year. The paid version comes with app locking, call blocking and message blocking features.

Back in the day, CM security was the only decent antivirus that came free. It ranks very high on the AV-Test and has been keeping the tradition going for quite. A few years now. CM Security has an app lock feature which is more advanced than any other feature of the kind. It has a biometric recognition system using your fingerprint. Moreover, it takes pictures of people who try to sneak into your apps. With no luck, of course. It is lightweight which means it does not take much space in your phone and quite fortunately even with all these amazingly advanced features, it is still free of cost.

AndroHelm is not much known yet but it has a lot of features. The antivirus comes with real-time protection against malware and any virus. It frequently updates the antivirus database. One of the distinct features includes scanning of an app upon installation to detect a malware in early stages. It also offers app backups to restore your app data. Another distinctive feature is the ability of the user to block their device and delete things.

The antivirus costs $2.5 per month or $23 for the whole year. In case you fall in love with the software, you can buy lifetime access for $120.

Avira is another new yet beneficial antivirus. It has the basic antivirus features of device scanning and app scanning. What sets it apart from the conventional antivirus software is that it also offers external SD card scanning to detect any malware in that. Furthermore, there are anti-theft features, privacy features and blacklisting feature. There is also a Stagefright Advisor that is supposed to help you get your that fear. It is one of the most important reasons to try this new antivirus.

The antivirus is initially free but you can buy it for the annual fee of $12.

TrustGo has come up with a very technical antivirus aimed at getting the job done. It comes with the basic device scanning, real-time protection, and privacy guard. This feature helps you know which information in a third party application using or has access to. It also has a system manager and data backup to ensure the safety of your data. One of the best reasons to check out this antivirus is the Find my phone feature which helps you locate your phone in case you lose it.

The anti-malware software is absolutely free of charge and is a must try.

Dr. Web started initially as a very simple antivirus and later became quite a complex one with many additional features. The app provides real-time protection for your internal and external storage. It has many anti-theft features including remote lock and remote wiping. Furthermore, it has cloud checking feature and anti-spam features.

Priced at $9.90, it is quite a powerful antivirus app.

The Eset Antivirus has a 100% detection rate and it frequently updates the antivirus database. It has the basic scanning and real-time protection. Free users can avail these features. In case you need more advanced features including anti-theft features, you can always buy the paid version which is priced at $9.99 per year.

Kaspersky is another much-known and much-used antivirus software. The free versions have scanning features for the internal storage of the device. The paid versions have additional features of anti-phishing, real-time protection, and cloud protection. This antivirus also has a small feature of an alarm that sounds when you lose your phone. Priced at $9.99 per year, the antivirus is a little heavy which will heat up the lower ranger devices.

Lookout is the primary option for most Android users since it comes installed on many phones. The free version gives anti-malware protection, Anti-theft, and scanning features. Paid versions come with anti-theft features too, data backup features and privacy adviser. It’s lighter than many other antiviruses and you can buy in for $2.99 per month or $30 per year.

All these anti-malware software do the job they are made for. So, the choice isn’t exactly hard. Keep visiting iTechGYD for more great content.