Before we start this list, note down that Apple does not allow any hacking app on the default operating system so for any hacking app to install, you will need to JailBreak your iPhone. Once you have done that, you can now benefit from our list of Top 10 Best IOS Hacking Apps 2019. Let us begin with the list now. 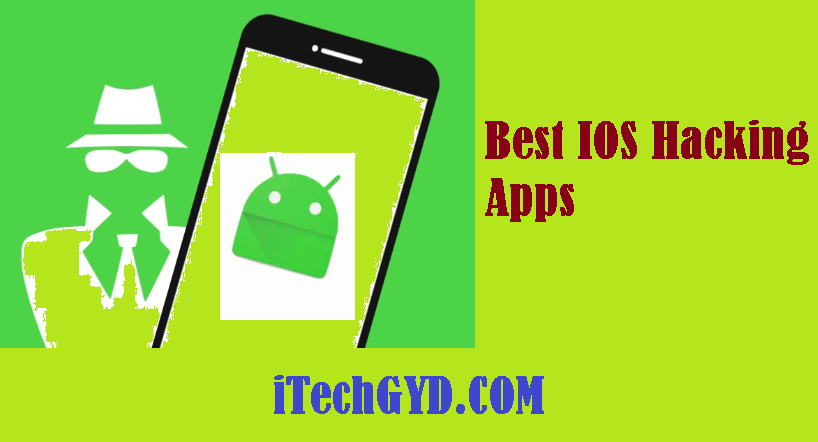 Once you have your JailBreak and Cydia, the app you will want to go for running your hacking commands is this iRET – iOS Reverse Engineering Toolkit. The basic requirement for this toolkit is the Python language and has some good commands to easily do the process.

So some of the top features include binary analysis using tools, reading database content using SQLite, reading the log and plist files, keychain analysis using keychain_dumper, working with those tweaks, etc. By far, this will be the best IOS hacking toolkit in 2019.

One of the problems which people face is that unnecessary usage of bandwidth by certain apps. Now, if you are one of the victims, netKillUIbeta is the app which will make it easier for you. This would block all the networks or apps which you aren’t using from using the bandwidth and thus, this would save you a lot of bandwidth.

So you will need to add this http://extigy.github.io/repo/ into Cydia and install the app to get all those benefits. However, remember that you will be much easier to track in case of negative use of the app.

In case someone has invaded your network and using your wireless router for internet or if you are exposed to any other kind of malicious activity, iWep Pro is the app you should get for saving yourself from all of these risks. You can also use it for Wi-Fi hacking only if the security is not very tight.

The world of hacking is not easy and if you are just getting started with it, Myriam iOS Security App is an app which really helps the starters. For instance, if you are in the phase of experiments and exploitations, you will want to use an app like this.

With Myriam iOS Security App, you get to used features like the detection of a Jail Break, the app activation bypass, app modification, and a lot more.

For both IOS and Android, here is another of the recommended hacking apps. Hackode is another app on our list which has a number of features. This app is ideal for IT administrators and ethical hackers for their daily life use. It has a lot of different features like Google Hacking, Exploits, Security RSS feeds and Scanning.

If you are looking for a hacking app that gives you all the facilities while being free of cost, this is your perfect option. Because of its RSS feeds security features, this is nothing but an excellent gift for all the bloggers out there.

For those IT professionals who work mostly with the analysis of traffic of a website or the traffic coming on to a network, it becomes really important for them to have a tool with which they can do the security analysis of their network and all the traffic which some specific network is getting.

Now, in conditions such as these, the one which is definitely going to help both the beginners and professionals of networking is this Burp app which is developed solely for the purpose mentioned above. Also, on jailbroken phones, this is all free so get it right now.

We are covering something broader than just hacking apps and Hopper App is one of those projects. With the Hopper App, the IOS users enjoy the liberty of exploring more such as the process of debugging, decompiling, and disassemble the process which is going in their IOS.

Moreover, this tool gives you much liberty over your IOS devices including the Mac and iPhone devices where you can also work on the security of your phone. When you are going to launch this application, just make sure that it is pointed to the cracked binary and it will be done.

Nmap is a powerful hacking tool which has made it a wide favorite and a much used hacking app. It has the ability to work on both rooted and unrooted devices. It helps the user with network mapping as it lets them keep track of the people or servers connected to their networks and those are trying to connect.

Since it is quite powerful, it can scan the ports and even network portals to monitor the details of all the users hosted by a server. Professionals can use it to find the vulnerable and defected part of their network and then fix the problem.

For people who are more interested in spying than direct or ethical hacking, an app which they would love is Highster Mobile. The only problem is that you need this installed on a phone you want to spy on and if you can do that, the rest is as easy as eating a pie.

If you succeed in installing Highster Mobile on any mobile device, you will be able to remotely monitor that iPhone with ease. Also, you will be getting information about anything that is going on in that particular device.

Faceniff is the hacking app for those users who want to monitor the network traffic of their Wi-Fi connection. Using the information from the Wi-Fi network, users can hack someone else’s Facebook, Twitter and other social media platforms. The users can get cookies from a Wi-Fi network and they can gain access to other people’s social media account.

So this was our list of Top 10 Best IOS Hacking Apps 2019. Do not forget to leave us your feedback about it and keep visiting us back for more great content.